Basically, the name two-way radio means that the radio in question can both transmit and receive signals. The two-way part of the name refers to the sending and receiving of said messages.

Some radios, such as the AM or FM radio you might listen to in your car, can only receive incoming signals, whilst other radios can only transmit signals. A two-way radio, however, can both intercept incoming messages and relay outgoing messages, because of this; two-way radios are a type of transceiver. 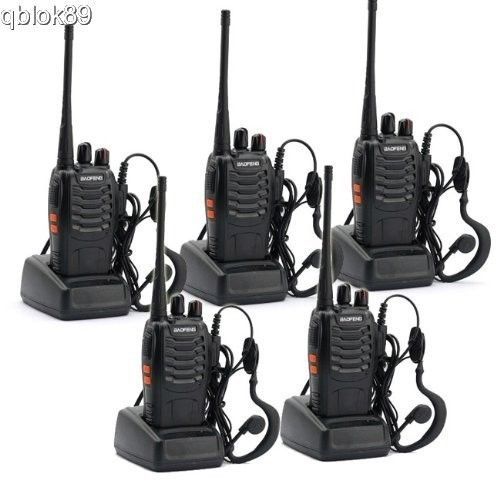 At its most basic, a two-way radio is a device that receives radio waves through the air and transmits a return signal.

How it does this is actually rather ingenious. Letâs say a user receives a message on her radio. The antenna on the top of the radio houses a group of electrons, these electrons will respond to messages received on specific channels (different groups of electrons respond to different channels). The electrons will then translate the radio waves into electrical impulses, which are then fed to a small processor. The processor, in turn, converts the electrical impulses into a signal, which the radioâs speakers can then play aloud.

The process is reversed if our hypothetical user is replying to her message, in this instance, the vibrations that constitute her voice will rattle a small membrane inside the microphone. These vibrations are fed into the processor, which converts them into an electrical signal. The electrical signal is pushed out to the electrons in the antenna and the signal is broadcast to our other user.

So you see, the process is clearly working on a two-way basis, hence the name. Two radios, when set to the same channel, should never have any problem connecting with one another (even if they are manufactured by different brands). The communication is pretty much instant, which is a big reason why radios play such an integral part in many areas of our lives, such as travel, security, commerce, public safety and trade.

Of course, the other name used for handheld transceivers in walkie-talkie, but we reckon that oneâs pretty self-explanatory…